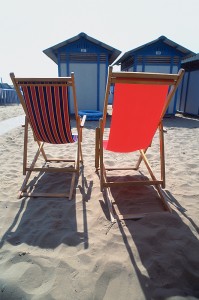 Accounting for 16.7% of the total spend, Brits are the definite leaders in the holiday spending stakes according to figures from Visa Europe.

The latest figures showed that the foreign consumer spending of UK tourists visiting France, Greece, Italy, Portugal, Spain and Turkey increased by 10.8% year on year between May and August 2011 - from 13bn euros in the 2010 period to 14.4bn this year.

British foreign consumer spending in these six countries is followed by France (2.01bn euros) and the USA (1.21bn). Additionally, figures reveal that visitors from Russia registered the largest year-on-year increase in spending, rising from 534m euros in 2010 (May to August) to 743m in 2011 -a 39.2% year on year rise.

Spending, but not on travel insurance

Despite the fact that British tourists are keen to spend when overseas, many of them are still not so keen on paying for travel insurance.

Contracting travel insurance when going on holiday is essential if you want to avoid the extra expenses related to medical costs, for example.

Not only do overseas trips require insurance, the so-called UK "stay-cationers” also need it even if they are simply travelling around the UK.

Up to 76% of Brits over 50 do not leave the UK during their annual holiday, according to the travel insurance provider Saga. Considering these figures, the company recently created a new type of travel insurance to cover any emergency expense for those staying in the UK.

According to the insurance provider's research, the most common UK Emergency medical and associated expenses cover includes the following; additional transport/accommodation in the case of someone falling ill, transporting ashes back to the UK, additional kennel/cattery fees and medical transfer costs.

There are many forms of over 60s travel insurance premiums on the market these days. Whether holidaymakers wish to stay in the UK or go abroad, being fully insured is always a safe option.