New research has revealed women are leaving themselves seriously under-insured. According to protection specialist Bright Grey, 53 per cent of women say they ca

**New research has revealed women are leaving themselves seriously under-insured. According to protection specialist Bright Grey, 53 per cent of women say they cannot afford protection products. ** 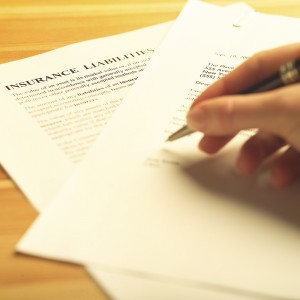 A report by Bright Grey has found the increasing financial responsibility of taking care of a household leaves them failing to protect their own financial security. The Women and Protection Report revealed that 59 per cent of women have no life insurance and 21 million women across the country do not have a critical illness insurance policy.

"It is worrying to see that a large number of women have overlooked a key element of their financial planning, leaving them and their families financially exposed,” said Roger Edwards, proposition director at Bright Grey.

"While nearly half of women are now the main household earner, millions have not realised the benefits that protection can give-not least because in a number of cases, they do not know enough about the range of products available. Having protection in place gives peace of mind that women and their families will be financially secure if their income suddenly stopped because of a long term illness or death,”continued Edwards.

Bright Grey suggests that financial awareness is lacking amongst women. Their report found that 12 per cent of women are saving money for an emergency situation and 11 per cent said they would take out insurance if they knew what was available to them.

Independent financial Advisors LifeSearch, give tips for women looking to secure their finances.

Family Income Benefit (FIB) works the same way as a Life Insurance policy but pays out a regular income from the point of claim until the end of the policy, rather than a lump sum.

Income Protection (IP) is the product that should be top of most people's list. Rather than paying out on death it replaces a salary if the holder suffers an illness or disability that prevents them from working.

Most people dramatically overestimate the amount of state aid they and their family will receive if they are taken ill or die. In fact, a 30-year-old woman earning £35,000 per month would only be entitled to around £300 a month of benefits that are becoming increasingly harder to claim.

According to LifeSearch, people in a relationship often make the mistake of assuming that they should buy a joint policy. Although two single life policies cost a little bit more,they can pay out twice, whereas a joint policy will only ever pay out once. Also if the couple split up, they can each take their own policy with them.