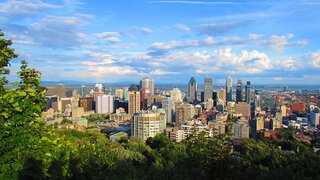 Montreal is in the province of Quebec and, although it is not the capital city, it is the largest city in the province. It is a mostly bilingual city, with more than two thirds of the population considered to be fluent in both English and French. The city has a colonial feel and is situated on an island in the Saint Lawrence river. With three hills within the city, it is a city with lots of neighbourhoods to explore.

Montreal-Trudeau airport is 12 miles from the city centre and pre-covid times there were in the region of 20 million passengers using its services. Travel figures, as in many locations, are increasing. As one of the busiest international airports in the country, there are a number of airlines operating flights to and from Montreal-Trudeau including British Airways, Lufthansa and Air France. There are direct flights to London Heathrow with British Airways and Air Canada.

Which car hire companies are available at Montreal-Trudeau airport?

All of the following have offices at the airport:

Where are the car hire desks at Montreal-Trudeau airport?

The car hire desks are on the ground floor level of the Short Term parking garage. Car Rentals are clearly signposted from the Arrivals area.

There are a few car hire companies which operate off-airport and therefore operate a shuttle bus service to collect the car. Shuttle buses pick up at door 8 on the Departures level. Please make sure you have read your car hire voucher before you travel so you know how to pick up your vehicle. However, for your convenience, there is a screen near door 8 which displays the telephone numbers for off-airport companies and their telephone numbers. You may need to phone them to arrange for a shuttle bus to come and collect you.