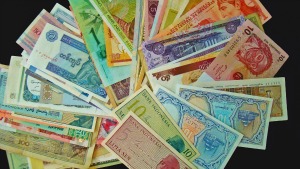 According to the Post Office, 1.65 million Brits still change their money at UK airport bureaux de change, wasting over £18 million in the process.

The Post Office calculated the amount wasted by comparing exchange rates from 10 UK Airports with Post Office bureaux de change rates, multiplying by their estimate of the number of 1.65 million transactions and multiplying that by the average (Post Office) sterling value purchase of £274.

The Post Office don't say from which of their bureaux de change they obtained their rates so it's reasonable to assume they took their most competitive ones as they, like others, give different rates according to the location of the branch as recently revealed by BBC Watchdog.

Exchange rates on the euro showed less of a variation than other currencies with two thirds of all exchanges being for Euros presumably increasing competition. Even so, this would mean over 1 million customers each wasting £10.57 on average by buying their Euros at the airport.

Travellers departing from airports in the Midlands and North of England tended to get the worst exchange rates with Birmingham airport the worst for seven out of eleven currencies tested.

Andrew Brown of Post Office Travel Money said: "The numbers of holidaymakers who wait until they get to the airport to changes pounds into travel cash has remained steady in recent years – despite warnings about the poor rate they will be offered. Although we have seen a fall of around 15 per cent on the amount of money spent at airport bureaux de change this year, it still adds up to over £18 million of unnecessary extra expenditure.”