The French energy giant won't commit to building the new nuclear power station without government guarantees on pricing for the electricity generated. 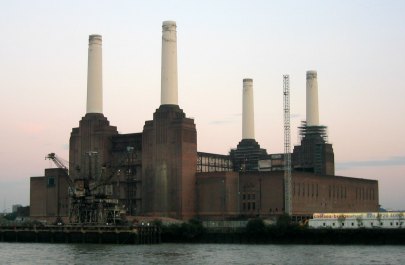 EDF have, once again, put off making a decision on whether to build a new power plant at Hinkley Point in Somerset until the end of this year, a full year later than planned. Construction of the plant was supposed to have started over a year ago. The latest delay is blamed on a failure to agree the level of government subsidy in the form of a guaranteed price for electricity generated by the plant over the next 30 years.

A recent report released by gas and electricity regulator, Ofgem, documented growing concerns about the current state of the United Kingdom's power supply. The press release reported that there could be energy shortages in the middle of this decade due to the failure of the UK to replace old fossil fuel plants with nuclear plants or wind farms.

Ofgem also stated in their report that the demand for energy by the United Kingdom may not fall as much as expected. Predictions showed that the demand for energy would decrease due to Britons choosing to conserve energy through means such as loft insulation and energy efficient appliances. However, this prediction has not been realised, and the demand for power remains high, inviting concerns about how well the UK is prepared to deal with high demands with few power stations.

Ministers are so concerned that they have voiced ideas about how to conserve energy if shortages do occur. It has been suggested that large businesses and factories may be required to turn off their power during electricity crises, in return for compensation from bill payers.

The Energy Secretary, Ed Davey, admitted that "without timely action there would be risks to security of supply.” He also suggested that a lack of action will result in spikes in power prices.

The report by Ofgem also showed that the likelihood of blackouts will have trebled by 2015, due to the expected poor power supply. The risk of blackouts is expected to rise from one-in-twelve, the predicted figure for October, to one-in-four, if Britain's energy demands continue at similar rates.

If current energy demand trends continue, not only are power shortages likely, but the price of energy is also expected to rise, as "tightening” of the electricity market will lead to an "increase in wholesale prices”. Consumers wishing to protect themselves against potential price increases should consider switching to a fixed rate tariff. Ironically, the longest fix currently on the market is from EDF Energy, offering a price freeze until the end of November 2016. There is a premium to pay for this length of guarantee as this is about 10% more expensive than their shorter fix tariff to September 2014. Compare energy deals by using our comparison tool, which you can find here.