Energy Companies are being called on to compensate consumers who have been mis-sold products. 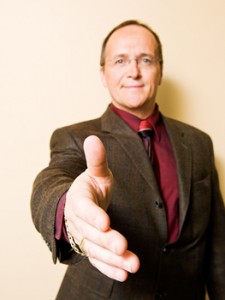 Energy Companies are being called on to compensate consumers who have been mis-sold products.

The government has demanded that energy companies found to be mis-selling electricity and gas should pay compensation to consumers.

MPs on the Energy and Climate Change Committee are concerned that customers may be pressured into switching suppliers on the door-step without proper consideration of the full options.

New figures from Ofgem show that up to 40% of consumers who switch on the door DO NOT end up with a better deal.

Tim Yeo MP, Chairman of the Committee, shows his concern for vulnerable consumers when stating "If it turns out that consumers are being persuaded to switch contracts when it's not in their best interests, by salespeople keen to earn commission, then it would only be right for the energy companies to cough-up compensation.

"The rest of the Big Six should ditch the Del Boy sales tricks and concentrate on giving customers the information they need to choose the correct contract.”

The MPs single out recent price increases from Scottish Power for particular criticism.

Customers who use the least energy will be hit the hardest from August when the increases are put into effect. This will provide an apparent incentive for higher consumption at a time when energy companies are supposed to be helping consumers become more energy efficient.

According to Which?, the cost of energy is UK consumers' number one financial concern, with 89% saying they are worried about rising prices.

It can be difficult to know which is the best energy tariff to choose with ever increasing prices.In the last 18 months the number of tariffs available to consumers has increased from around 180 to almost 400.