New research has found that 80 per cent of the country is worrying about money but the rising cost of utilities is causing most of the angst. 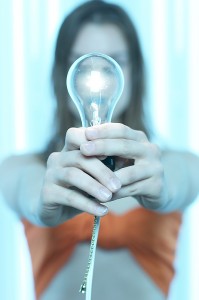 New research has found that 80 per cent of the country is worrying about money but the rising cost of utilities is causing most of the angst. **

Research by The Co-operative Bank has found that rising cost of utilities bills is sending alarm bells ringing with the state of the nation's finances as well as personal debt, fuel and food prices.

At the top of the list causing financial woe to UK adults is the increased cost of energy bill prices as they are set to rise by almost 20 per cent in the autumn. This has caused two-thirds of people to worry about how they can afford to heat their homes.

According to a price comparison website 62 per cent of UK adults are concerned about paying energy bills with the new increased price plans.

Recently Scottish Power announced that they are raising the cost of standard gas up by 19 per cent and electricity by 10 per cent. This adds on an extra £175 to annual energy bills.

This now leaves 32 percent of energy customers worried that they will not be able to afford to heat their homes this winter if other leading energy companies are to follow suit. The research found that a third of people are likely to cut back on heating in order to pay for the increased utility bills.

Almost one in five admitted that they would switch to a different provider for a cheaper tariff to save money.

Before the increase takes place in August energy companies must tell the customers what is happening.From the date that customers receive notice, they have 20 working days to tell energy suppliers that they wish to cancel their contract and switching to another energy provider within 15 working days.

EDF and nPower have some of the cheapest fixed deals over a year however Mark Bower at MoneyMaxim.co.uk. said they are ‘unlikely to be around for long'

Anyone concerned about their current energy tariff can us the Energy Comparison Service to find a cheaper rate.