The iPhone 4 has claimed the top spot as the nation’s favourite handset, robbing HTC in the process of the limelight, a tracker shows. 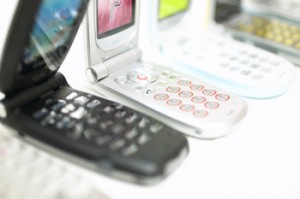 The iPhone 4 has claimed the top spot as the nation's favourite handset, robbing HTC in the process of the limelight, a tracker shows.**

After jumping two places from last month, the Apple iPhone is now the most popular handset on the market this April, the latest tracker which ranks popular handsets based on live searches and sales from uSwitch reveals.

HTC however has the most handsets in the top ten, with the Desire HD and original Desire in second and third place.

Google's stance has also been strengthened as Android now dominates 70 percent of the charts, growing from 50 percent dominance last month.** **

"HTC may still be dominating the top ten, but the fact that iPhone has risen to number one for the first time will take some of the gloss off,” said Ernest Doku, uSwitch technology expert.

"As the handsets do battle, prices of deals are being driven down. Even those who want smartphone functionality but are keen to keep an eye on the pennies will be happy.”

The biggest climber on the charts was the Samsung Galaxy S II which climbed six places from last month's tracker. It moved from the bottom of the table to fourth place – and this is based on pre-orders as the handset is set to be released on the 1st May.

The Blackberry Torch was the biggest faller in the charts, continuing its descent down falling three places from March. The Blackberry Curve also dropped a place.

Global sales of the iPhone have increased by 113 percent in the first three months of 2011, Apple have announced recently.

Having sold 18.65 million iPhones in this period, the Apple iPhone is clearly the phone of choice for many consumers.