A fifth of couples with pets have fought for custody of their pets when going their separate ways, new research reveals.

A fifth of couples with pets have fought for custody of their pets when going their separate ways, new research reveals.

Pets are shown to play a huge role in the relationships humans share with each other, as 20 percent of couples are now seeking legal advice to keep custody of their pet, research by The Co-operative Pet Insurance survey found. 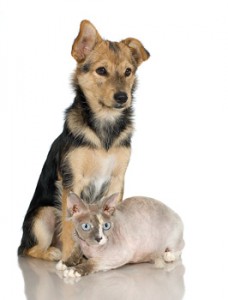 A further 10 percent of couples going through a break up even go through professional mediation. The separation for many with their beloved pet has for one in ten made the separation more difficult, with some claiming losing their pet was worse than breaking up with their partner.

"Where possession such as TVs used to dominate divorce proceedings, the custody of the family pet is now one of the subjects that causes the most upset and arguments for separating couples,”explained Lee Mooney, The Co-operative Insurance head of pet insurance.

"Perhaps in time we will see pet pre-nups being drawn up between couples before they buy a pet or move in together to reduce the risk of lawyers being called in further down the line.”

One in ten also admitted in the survey to feeling depressed about the situation of losing their pet to their other half, while 10 percent claimed to be broken hearted.

After being separated from their pet nearly a quarter of those surveyed said they still see their furry companion, while 20 percent of couples agreed a joint custody arrangement.

Over half of break-up cases saw both parties wanting to keep their pet, while in one in ten cases arguments were caused because neither party wanted to take responsibility for their furry friend.

"If nothing else, this survey shows the continued importance pets have on family life.”